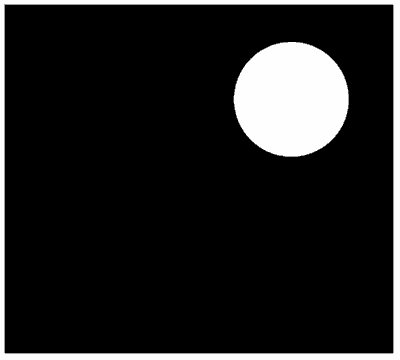 I came across Susumu Yokota’s Grinning Cat (2001), amazingly enough via Amazon.com. I’ve had an account there for nine years and, before this record, I cannot remember a single time that the store recommended something relevant to me. Over the years, I’ve become fairly adept at glazing over the recs altogether. Maybe it just took that much time for the site to gather enough information about my interests, because when I saw that stark album cover pop up at the top of the page while browsing for xmas presents a month ago, I just had to find out what it was all about.

The effusive praise on the product page led me to check it out for myself at the iTunes Store. Shortly there after I had my very own copy.

Having played through the album through a couple times now, I find that I am completely in its thrall.

This thing is bursting with magnificent brilliance, not for what it sounds like, but for what it does to your head. The music itself is most closely related to ambient (with some glitch overtones), though it is a far cry from the chillout music that has come to be most associated with the style. Rather than being composed, this record feels like its sonic ideas expressed emerge out of the ether, lead a transitory existence, then disappear into the void.

The closest comparison I can think of is the downtempo rhythmics of Porter Ricks’ 1997 self-titled album, but Grinning Cat is far less structured. Positively otherworldly, but never in an alien way. These sounds evoke a kind of immersive metaphysical wonder, as if it the mind is being separated by the body.

I’ve never heard anything like it and, frankly, I can’t remember the last time a piece of music affected me this profoundly.

I’m surprised that I had never come across Yokota’s music before, given the length of his career and the regard with which he is held. I look forward to exploring his music more fully. Until then, I’ll just have to deal with the Grinning Cat clawing its way deeper and deeper into my subconscious.