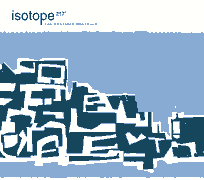 I took an hour out of the tunequest this morning to listen to an episode of the Sound of Young America, a radio show/podcast that I discovered in January. In all seriousness, I’m not a fan of talk radio as a format; I find that listening to other peoples’ conversations grating. I’d rather be having my own conversations or listening to music.

SoYA instantly cut through that avoision. Besides host Jesse Thorn’s nearly-perfect-for-radio voice, the show’s attitude is, well, awesome. In fact, the show bills itself as "Dedicated to things that are awesome" and I can certainly get behind that. I think I fell in love with the show almost instantly one cold, wet, dreary and long Atlanta commute home. The guest was Josh Kornblut, who talked about his one-man Benjamin Franklin show.

Now, like any good American, I’m fond of the Founding Fathers for their intellectual, diplomatic and governmental achievements. But the flipside of that adoration manifests itself by thinking that it’s hilarious to place them outside of their historical context, like Ben Franklin besting Jimi Hendrix at air hockey "that’s game, Hendrix". And when Jesse Thorn seemed as excited as I did about Franklin, that sealed the deal right then and there. themodernista accuses me of having a man-crush on Jesse.

Unfortunately, with tunequest occupying up almost all of my free listening time, our affair has been scattered and brief. So today’s episode was not only a rare treat, but relevant to my project here because it dealt with the topic of "rock snobs" a phenomenon with which I can claim some familiarity. I freely admit that I have some rock snob-ish tendencies, which definitely shows through my desire to collect rare and obscure music and eschew the pop charts.

Though I think the term "snob" is a little inappropriate for me, since I honestly try to keep an open mind about music and try not to be too exclusionary. I’m not ashamed to say that my library contains some Eminem and even one Limp Bizkit song (okay, I am a little ashamed of that one. But it is a decent rock version of the Mission Impossible theme, so it gets bonus points from the Lalo Schifrin association).

(BTW, I can’t stand genuine rock snobs, so I try to avoid those circles. I don’t need to follow who’s acceptable to listen to this month. And I certainly don’t need anyone’s approval of my musical tastes; At my age, I don’t need much street cred. Plus, the inherent negativity of the generic rock snob is quite off-putting.)

Of course, I wouldn’t be undertaking the tunequest if my collector’s habit hadn’t gotten out of control.

Which brings me to the title of this post. The progression of a rock snob was discussed on the show, from the acquisition of a velvet underground record (or other acceptably legendary artist) at age 18 and the subsequent search for ever-more arcane and obscure music. Eventually, that search leads to music that is so unappealing that it can only be enjoyed intellectually, by telling oneself that it is brilliant and that if someone else doesn’t think so, then they just don’t get it. (On that point, the episode does make a slightly negative mention of Steve Reich, to which I must object. His Music for 18 Musicians is both listenable and provocative. But if you don’t agree, I won’t accuse you of not getting it.)

To the appropriately discerning ears, said music can be called "Difficult, but rewarding," an endurance test of sound and noise that for all the effort required, when it’s finished, you can say, "That was worth it."

Which, in turn, brings me to Chicago Underground Trio, a group who I’ve categorized as avant jazz. It is the type of music that fits the above description. It is a swirling cacophany of trumpets and drums that takes momentary breaks into recognizable forms of music before beginning the assault again. The musicianship of the performers is not in question–they are affiliated with Tortoise after all–but this record really is a chore to listen to. In the end, I found it difficult but not rewarding.