…and managed to sully my iPod too. And the more I think about it, the more pissed off I get. What Apple has done defies all standard convention, is completely arbitrary and makes ab-so-lute-ly zero sense whatsoever.

Allow me to go on.

I had put off updating my iTunes to 7.3.2 until a couple days ago. With all the time and energy I invest into pruning and perfecting my library (it’s like bonsai really), I usually give the early adopters in the Mac community enough time to warn me of any critical errors or whether the new update is going to irreparably damage or otherwise soil my files. It’s just common sense.

So, having read no reports of exploding iPods or iTunes-induced electrocutions, I figured it was time for the latest and greatest. At the very least, I could get the app to stop bugging me about the update every time I launched it.

The update process went smoothly enough, like a Dove chocolate bar, and I was quickly back to makin’ playlists and retrieving album art. It took me about a day, however, to realize something was… awry.

The default view of the Music tab had changed. As a matter of course, I keep it set to Album by Year, which in effect sorts by artist then sub-sorts the albums by the year they were released. Before the latest update, that meant that the band !!! was listed first, followed by +/- then into the numbers. It was logical: standard convention dictates that that’s the way alphanumerical sorting is done in English.

Far be it for Apple to let any convention go unchallenged… 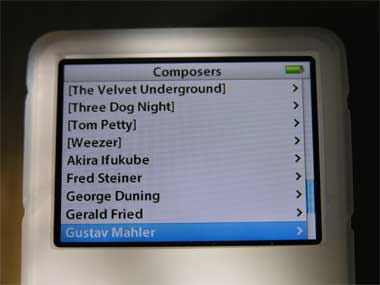 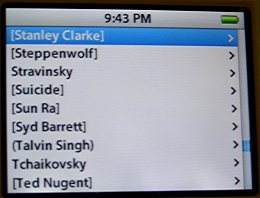 Starting with version 7.3, numbers and other non-alphabetic characters are sorted to the bottom of the list. My default view now shows Aalborg Symphony Orchestra at the top. 2pac now begins after the Zs and iTunes suddenly doesn’t even know how to handle artists whose names begin with punctuation. It starts !!! after songs that don’t have anything entered into their Artist or Album tags!

On one hand though, I do have to give iTunes some credit. When sorting numbers, the program is smart enough to know that, numerically, 101 Strings comes after 50 Cent.

I’m not averse to change in general, and though somewhat inconvenient, . Update 8/28: I take that back. This IS a fundamental flaw and it needs to be fixed. There’s no excusing it. However, the real travesty here is how iTunes now treats the Composer tag. In this case, it looks like Apple specifically set out to destroy my Composer tag scheme, the one where cover songs have the original artist surrounded by [brackets]. The purpose of that is to separate cover tunes from actual composers when browsing Composers on the iPod.

Well, guess what? iTunes now ignores the non-alphabetic leading characters and sorts based on the first letter or number it finds in the name. And guess what else? The program now treats fields that are all punctuation as if they are blank, as if they don’t have any characters at all. It passes that behavior to the iPod. Now when browsing by Composers, the list I’m presented with is a jumbled mess. I’ve got [Fleetwood Mac] sittin’ next to Edvard Greig and [Ted Nugent] holding hands with Tchaikovsky, which is the exact situation I was trying to avoid in the first place!

And that’s not even mentioning my workaround for remix albums, where I list the song’s originator in (parentheses).

So, thanks Apple for fixing something that wasn’t broken. 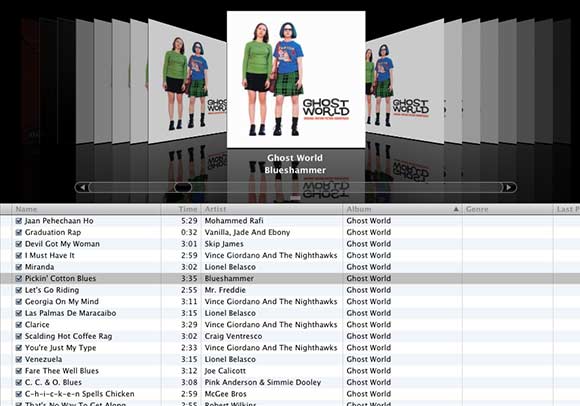 Dilemma: When using coverflow view in iTunes 7, your albums containing multiple artists (soundtracks, tribute albums, benefit albums, etc) show up with multiple, individual covers. One way to fix that is to set the Compilation tag check box for those albums. But what if, for whatever reason, you don’t want to set an album as a compilation? (They’re your reasons; I won’t question them. For instance, you may not want compilations shunted off into their own little corner of your library.)

An alternate way to bring those multiple covers together provides a worthwhile use to the new and somewhat baffling Album Artist tag. Just put the album/compilation name in Album Artist field and watch as those album covers disappear and consolidate into one. 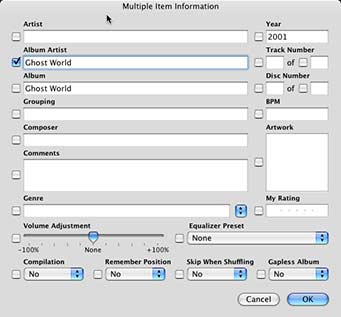 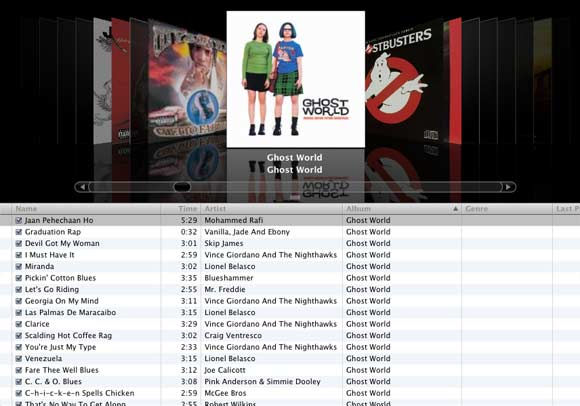