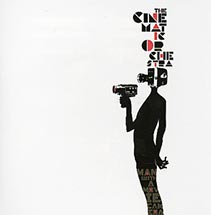 The Cinematic Orchestra is a relatively new addition to my library, arriving late last year. the group’s style is a kind of downtempo modern jazz with flavors of hip hop and rock and electronics that, as the name of the band implies, give it a sound like a very cool soundtrack.

In fact, that’s what Man With A Movie Camera is. A couple years ago, the group was commissioned to provide a new soundtrack to the 1929 Russian silent film of the same name. I haven’t seen the new version of the movie, but based on its music and the commentary surrounding it, I bet it’s fantastic.

Google Videos has the new version in its entirety, which you can watch below. The film is completely silent for the first three and half minutes, so don’t be surprised if you don’t hear anything at first. This thing is fascinating. Watch it below and enjoy.