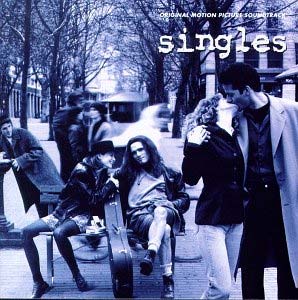 From the album Superunknown (1994)

One of the best songs from one of the 90s best albums (a 4.51/5 on my scale). The Day I Tried to Live is Chris Cornell and company at the tip-top of their game on an album that delivers smash after smash.

It’s not as frantic as Spoonman or as sour as Fell on Black Days, but more steadfast and determined in its manner of storytelling. The whining intro sets a cynical stage a sordid story of ambition and the depths one can sink to while trying to achieve a perverted definition of “living.”

What I find most interesting about this song is its unusual construction, which seems almost operatic in nature. Sure, it employs a contemporary structure, but not in the traditional pop/rock manner. From the speaker’s perspective, there’s clearly a conflict as shown by the contrast between the resolute, ominousness of the verses and the screaming, adrenaline-soaked choruses. As the song progresses, the conflict gets increasingly heated as both sides of the argument struggle for control. The verses get shorter and the screaming gets more intense, back and forth until he cast he final accusation.

This song is of the kind that sits in the back of your mind until one day, at random, its brilliance explodes into your consciousness. From there, it’s no going back.

What I Love: The song, on an Interstate at night, with windows rolled down and the volumed rolled up.

A very productive couple of days. in fact the past 6 days represents 8.6% of the playtime accomplished since tunequest began. not a bad performance. however, now i’ve got far too many tunes to write about here, so here are some quick thoughts: