I came of musical age during the so-called alternative era, when "alternative" was more of an actual alternative to the mainstream rock/pop of the early 90s. However, due to my relatively young age and the relative cultural backwater of my hometown, the movement was well on its way to mainstream-ization by the time it swung through my burg. The year was 1993 and at the tender age of 14 I had already developed a healthy disdain for popular culture in general. Ah, teenage rebellion.

With the exceptions of Guns n’ Roses’ Use Your Illusion(s) and Nirvana’s Nevermind, I had paid little attention to popular music in the previous couple years. Glam rock had lost its appeal (and I had enjoyed Def Leppard as much as a pre-teen could) and I had never really gotten into hip-hop or R&B. All in all, I just didn’t listen to that much music.

But that changed during the summer of ’93. I had completed middle school and was well on my way to becoming a big, bad high school freshman in a handful of months. The prospect of a new environment with new people was a major catalyst for expanding my musical horizons that summer. But the most crucial factor was that my dad, after years of resistance, succumbed to the pleading of his children and subscribed to cable television at our house. I was then exposed to that bastion of cultural awareness… MTV.

I spent a good portion of that summer absorbed in the channel’s programming, from The Beach House to Alternative Nation (which was is full swing) to Real Word California (Venice).

I suddenly couldn’t get enough music and soon joined both the Columbia House and BMG Record Clubs. My first order of CDs included albums by R.E.M., Spin Doctors, Stone Temple Pilots and Blind Melon, all groups that were high on the charts that summer. It was a wonderful time of musical exploration. By the end of the year, I was acquiriing new albums at a rate of one per week, a pace I maintained throughout high school.

I fiercely bought into the "alternative ethos," particularly concerning issues of authenticity in music and the need to stay politically and socially aware. To this day, I endeavor to avoid overtly commercial aspects of American culture. 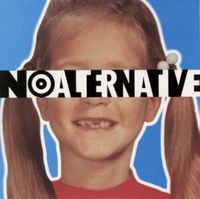 I never did look good in flannel though.

But there is one record that had more influence on my musical directions for that year and those that followed. No other record comes even close to the effect that the No Alternative compilation had on me. It was like a map of the universe, a branching point for all that was well and good in the music world. Almost all the bands featured would go on to notoriety and in some cases, stardom during the subsequent years.

Matthew Sweet’s Superdeformed is an rousing punch of indie-pop-noise. The Smashing Pumpkins’ Glynis is a sweet sweet gem that ranks among my favorites in the band’s catalog. This album also introduced me to Sarah Mclachlan which would have made the album worth it alone. Soundgarden puts in an atypically-playful song with Show Me while Goo Goo Dolls present a misleadingly good song with Bitch seriously, I got bait-and-switched on that one. And even though I never managed to discover more of Pavement’s music (despite all the group’s cred), I still quite enjoy their ode to R.E.M.: Unseen Power of the Picket Fence.

Thirteen years later, this record still has power. In fact, a listen has stimulated a completely new and original interest in American Music Club, a band that never made it onto my radar beyond No Alternative.

And now that the term "alternative" has come and gone, been co-opted and is now as mainstream as it gets, I realize that the title is wrong. Alternative does exist, and it’s right here on this record.