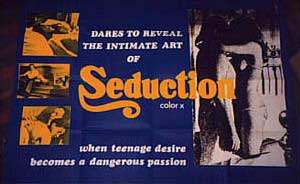 I knew this day would eventually come, since the tunequest made it into the "i"s many months ago.

Back in 2001, I ran across a posting on the usenets called Italian Cinema Lounge. It was 225 songs taking up 700 MB and spanning eleven and a half hours of music culled from various Italian film composers from the 60s and 70s ranging from Alberto Baldan Bembo to Walter Rizzati. Fascinated by the concept, I snagged it, naturally. And let me tell you it is some very smooth music, the kind of stuff that’s been an inspiration to modern downtempo artists and urban hipsters, but more raw, orchestral and just plain jazzy.

Despite the well-earned reverence, however, listening to all of it proved to be a daunting task, and I could never quite bring myself to dive in and tackle it. About half the selection remains unheard to this day. (the flip-side is that the songs that have been played received 4 and 5 star ratings and, thus have been played numerous repeats).

Thus a new tunequest is born: to listen to all these Italian cinema masterpieces. off i go!