What can I say? This is brilliant. It’s a bit long (11 minutes), so block out some time to watch the whole thing.

It also helps to be familiar with Trapped in the Closet, R. Kelly’s hip-hop opera in multiple parts which tells a complex story (with several interwoven plots) of increasingly bizarre cases of infidelity and sexual hang-ups. Here’s a Google Video if you need to brush up. Sometimes referred to as the “Plan 9” of music videos, the series has obtained a bit of a cult following and it has been a ripe target for parody since its 2005 release.

So it should be no surprise that Weird Al decided to tackle it. But the caliber of the results, now that is a bit surprising. Mr. Yankovic has done some amazingly clever and funny work in the past (his Star Wars Episode I song comes to mind), but the source material for this is just so ridiculously over-the-top that its quite the feat that he was able to top it. And of course, it’s all the more astonishing that he does it by transposing the excessive and strained drama of the original to a topic most mundane: the search for dinner. 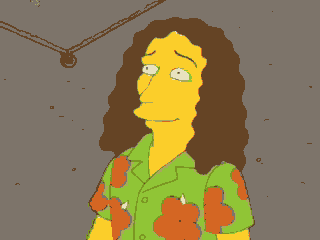 So the news recently hit that Weird Al finally has a Top 10 record after all these years. According to Billboard, that’s 73,000 copies of Straight Outta Lynwood sold. Congrats to Al; he deserves it.

It’s worth noting, though, that album sales are down overall and that nearly equal sales of 72,310 only ranked a 16 on the Billboard 200 for 1999’s Running with Scissors.

But really, that news has got me thinking. 1) about Weird Al’s sustainability, and 2) About what his sustainability says about the state of the music industry.

Weird Al’s longevity over the years is based on the simple premise that he continues to draw his inspiration from current music trends and hits. Sandwiched between his original songs about food, dysfunctional relationships and extreme bodily injuries (as well as the ever-awesome polka medleys), one is always sure to find several tracks based on the trends and ideas that define the moments his records are released.

It’s his thing; that’s what he does.

The effect of this approach is that Weird Al tends to remain relevant in the here and now, ages after his older parodies (and the songs that inspired them) have become well-worn. Frankly, it’s quite amazing that he’s been able to adapt so successfully as musical culture has changed. White and Nerdy is a far cry from My Bologna.

Underlying that ability to remain relevant, however, is ubiquity. A large portion of Weird Al’s success is wholly dependent on his audience’s familiarity with the songs and artists he parodies. In other words, Weird Al’s appeal is strongly rooted in the appeal of his sources of inspiration .

I say this as a person who has paid little attention to radio hits and the comings and goings of would-be superstars in recent years. As a result, I’ve largely not been “hip” to the so-called mainstream. But don’t construe that as being out-of-touch; there’s plenty of culture going around that doesn’t make a blip on the big corporate media radar. It’s just that Eminem and Chamillionaire mean so little to me as a connoisseur of music that Al’s recent works have fallen a little flat.*

It illustrates the nature of the music market specifically and American consumerism in general. The truth is that the market for music is fractured, and increasingly so. More and more often, people aren’t relying on a single source for their purchasing recommendations.

Audiences for different styles of music are becoming progressively more mutually exclusive. The top of the music charts has become a battle to see which fan base niche market will turn out and buy the most records in a given week. But that fan base is only a relatively small portion of all music sales (think the long tail). That’s markedly different from twenty years ago when Michael Jackson could generate massive audience appeal in a more solidified market.

That’s the line Weird Al is going to have to walk in the future. In that regard, his latest album already has one casualty from my perspective: Before researching this, I had absolutely no idea who Taylor Hicks was, and still don’t understand why he’s inspired a Weird Al parody.

I imagine many people would have a similar reaction if Al released a parody of LCD Soundsystem’s Daft Punk is Playing at My House, a song that took the indie scene by storm last year (Though that song has 41,090 listeners on Last.fm vs Hicks’ 1492).

He’s still a clever and funny guy, but to me, there’s a connection that’s missing from his lastest offerings and it’s likely to remain that way in the future. That’s ok I suppose; I’ve still got Smells Like Nirvana.

This would be interesting.

UPDATE: Turns out this was an attempt at parody. Apple is NOT buying last.fm Oh well. It’s a nice wishlist though. I still think GenreFolksonomies are cool. And even though I don’t put together many playlists manually these days (viva randomization!), SmartTransitions is an intriguing idea.

I, for one, wouldn’t mind seeing:

GenreFolksonomies
No longer will iTunes tracks be chained to single categories. Users will be able to create multiple tags across all track variables, as well as at the album, artist, and playlist levels. This intelligence isn’t tied to individual users either.

That would certainly solve my genre dilemma.

Someone is claiming that Apple has acquired Last.fm and plans of rolling a bunch of social networking features into a future version of iTunes. the more i think about this, the less inclined i am to believe it. first of all, commenting on that post is disabled, which probably means they don’t want to receive any criticism. Second of all, as titillating as it sounds, it’s just as unsubstantiated a rumor as all the fake ipod mockups that occasionally zoom around the net.

a quick jaunt over to the last.fm forums reveals little forthcoming information about this potential deal.

on the other hand, apple has been known to purchase smaller companies in order to get products to market quickly. most of its pro A/V tools were purchased from someone else. and there were other recent rumors that apple was looking to as “social networking” features to a future version of iTunes.

still, i can’t help but be suspicious of this particular claim.