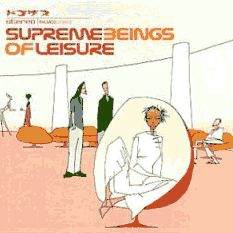 In retrospect, I probably should have saved Lalo Schifrin’s Mission: Anthology for the last album on the tunequest. It would seem fitting that my last song played should be the last song on this album: Mission Accomplished.

Alas, it is not to be; I finished listening to that album just moments ago. However, there are other suitable songs for that distinction. At the moment, it’s reserved for The Smashing Pumpkins’ The Last Song. That’s assuming of course, that I’m actually going to succeed at this project. Increasingly, however, it seems as though the official tunequest theme song should be we’re not going to make it by the presidents of the united states of america.

But I digress; I mean to be discussing Lalo.

I can’t stress how much I enjoy this soundtrack. Schifrin is a wonderful composer whose credits include, in addition to the mission: impossible theme, Enter the Dragon, Bullit and the Dirty Harry movies among many many others. I was first introduced to him by name in 1999 by the cable tv channel Bravo. One random afternoon, it was broadcasting a live performance of the Marseille Philharmonic performing famous film and television music, conducted of course by Mr. Schifrin.

The show was quite excellent and, acting quickly, I managed to get most of it on video tape (which was later converted to mp3). Even after all these years, I still find that this recording showcases some of the best renditions of classic film standards I’ve ever heard, including The Good the Bad and the Ugly, the james bond theme and the M:I theme.

I was particularly struck by all the jazz Schifrin infused into the music of this performance. Jazz has always been his specialty, but it’s fascinating to hear how he works with music that was composed for a symphonic orchestra.

That same kind of smooth, laid-back, jazzy composing style is what continues to attract me to his work. in fact, and please follow me down the tangent, I don’t think it’s a coincidence that my interest in jazz music was an outgrowth of my increased attention to electronic music in the late 90s, particularly the downtempo genre. I could make the argument, now that I think about it, that Lalo Schifrin is a singular great influence on the emergence of the downtempo as a musical style.

The two styles seem to share an ethos for swanky grooves and, off the top of my head, I can reference two direct descendants of schifrin’s music in the downtempo field. firstly, UK production outfit The Black Dog remixed Schifrin’s Bullit themes at some point in the late 90s. Though the mix is closer to big beat than downtempo, it does point towards the existence of attention toward Schifrin outside of jazz circles and film buffs.

Secondly, and this one was a recent revelation to me, is Portishead, whose album Dummy coincidentally appeared on the tunequest today as well. I must admit that I was late to the trip hop party. I didn’t pick up this record until 2000, five years after the group introduced the world to trip hop with their hit song, Sour Times. It had been quite a while since I listened to the M:I anthology and maybe that’s why I hadn’t picked up on this, but the central rhythm of sour times is a direct sample of Schifrin’s song Danube Incident from the soundtrack.

On one hand, I lose a little respect just a little for Portishead. Sour times is a great song and I guess I just feel a little deceived that the work is not entirely theirs. On the other hand, the song they created from it is incredible and through its success, they brought a large spotlight to a field of music that flourished in the decade that followed.