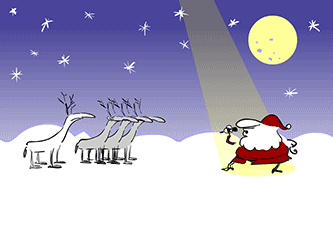 This holiday season just past, a new Flash greeting made the rounds. You probably received it at least once (and possibly more) from someone you know. It featured an animation of Santa Clause and a handful of reindeer crooning White Christmas.

It was cute, in that way a lot of those Flash greetings are. But it was the song that really made it work. This particular version was performed by the Drifters and was recorded circa 1953.

If you’d like to have it around for next holiday, it’s available for quick downloading from the iTunes Store.

I had forgotten that I had this song, but I was rummaging through my archives and was delighted to find it on today of all days. So in light of today’s news as well as the date, let’s celebrate some James Brown with his Santa’s Got a Brand New Bag.

For more Brownian Christmas classics, check out James Brown’s Funky Christmas at Amazon. Strangely, Santa’s Got a Brand New Bag isn’t included on it. Don’t worry, though, it does feature Santa Claus Go Straight To The Ghetto and Soulful Christmas. 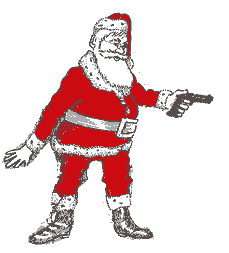