Interpretations of John Williams’ Star Wars music is a veritable cottage industry. A portion of it is sure to turn up at any concert performance featuring “movie music” as well as concert recordings featuring the same. Then, there’s Meco’s disco versions, The Evil Genius Orchestra’s excellent cocktail versions as well as countless techno/dance/club versions.

So it should come as no surprise that there is at least one jazz variation. The Trotter Trio lays out nine tracks from the original trilogy plus one “inspired by” song that incorporates quotes of the “Force Theme.” The styles range from uptempo swing jazz to mellow cool jazz. There’s even a hint of “smooth” jazz mixed in too but I won’t hold that against it.

Listening to this record, I can’t help but imagine Star Wars set, not as an epic space opera, but as a mirky black-and-white film noir, particularly when hearing Han Solo and the Princess: 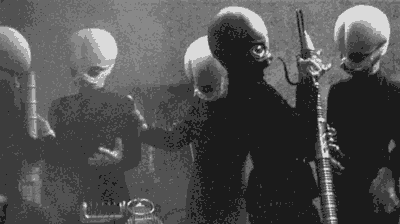 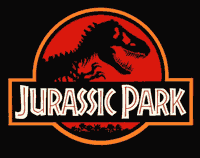 Since the mid-1970s, John Williams has never been lacking in notoriety.

Jaws, Towering Inferno, Close Encounters, Superman, Star Wars… these film scores made him a household name, gaining fame and respect for work that is generally restricted to devotees and cultists only. The Star Wars album even managed to break into the public’s consciousness, becoming best-seller on the Billboard charts for 1977 and inspiring an awful disco/dance version of the main titles that went to number one on that same chart.

My dad even had the vinyl double-disc mixed in with his Beatles and Grand Funk.

Williams became as close to being a rock star as a composer of "serious music" could get. And he kept it up into the early 80s with popular themes to the Star Wars sequels and the Indiana Jones franchise.

Then something peculiar seems to have happened. Looking over his list of credits, starting in 1983, we see a sharp decrease in his film output. I’m not overly familiar with his biography, so I don’t know what all he did during that time, but he does appear to keep a rather low profile for the next 10 years (maybe he spent most of his time chilling with the Boston Pops?). And while many of the scores he did produce during that time have artistic merit, none of them can claim to have captured the same public zest as those earlier hits.

Even the scores to the hit films Home Alone and Hook failed to garner much attention outside of film score buff circles, despite the films’ mass audience popularity.

Williams never really disappeared, but in 1993, he becomes a rock star again. And the film that does it is Jurassic Park. Like Star Wars before it, this picture hit a critical mass in cultural awareness and became a landmark event in the history of movie making.

And as with Star Wars, Williams’ music for the film became a crossover hit. Among my peers, it was not uncommon to see Jurassic Park mixed in with Nirvana or Snoop Dogg.

And the reasons are obvious. With its sweeping themes and dinosaur-sized sound, this thing is a masterpiece. The majesty of the Journey to the Island suite is easily the high point of the score. But throughout the score’s entire length, it fails to disappoint. There is not a single bad note in its entire 70 minute length.

If you haven’t heard it in a while, I heartily recommend that you check it out.