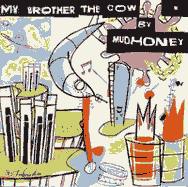 reason number 32 why bears are the number 1 menace to the nation: i was late to work because of one. you see, this particular bear decided that this morning was a good time to go on a shopping spree.  as a result, traffic on my interstate route backed up about 12 miles. well, it’s always backed up, but this morning was far more dense, thanks to the closing of a lane and exit so that bear apprehension tactics could be performed.

on the plus side, i got to listen to alice in chains acoustic ep, jar of flies. i was into the chains pretty heavy in high school, enjoying their grunge-soaked, pop-friendly version of metal music. over the years though, i had grown tired of the group’s abrasiveness and by the end of the 90s, i had cleared out most albums, except for that 1993 out-of-character ep.

jar of flies is a fantastic collection of somber, meditative music that avoids indulging itself in balladry. the 30 minute record is only seven songs long (yet two singles were released, which makes it more of a mini-album), and i think it shows that, under the hardened metal exterior, alice in chains could actually put together some very good songs.

Ah, sweet weekend, the first without rain in about 2 months. Naturally it’s time for yardwork. I can finally finish my fall raking, just in time for spring. Even though I actually loathe doing yardwork, it does present much opportunity for music listening. Too bad I didn’t get to take advantage of it; I was too busy fighting an alternator.

Curse those who designed the 1997 pontiac sunfire–my hand got stuck in the freakin’ engine!

Still, I did manage to get in some Add N to (X) [add insult to injury] and mad season. no, not the drivel from Rob Thomas’ band–my library may not always reflect it, but I do have a modicum of taste. I refer, instead, to the worthwhile 1995 grunge side project of Pearl Jam‘s Mike Mcready and Alice in Chains‘ Layne Staley. I literally hadn’t heard the album in years and for the most part, it has held up since i bought it in high school. It’s an order of magnitude better than the much more publicized Temple of the Dog side project.

progress-wise, it seems that recent slacking is taking its toll. I now have to listen to 45 songs per day (up from 44). with an average song length of 4:05 minutes, by my calculations, I should finish with three days to spare. then I can gear up for tunequest 2007!