I’ve mentioned before that one of my standard library organization procedures is to back-date the “Date Added” field for all the songs in my iTunes library. That is, if I originally received an album for my birthday in 1999, I make sure the Date Added field in my library is my birthday, 1999. Same goes for every CD I’ve bought or mp3 I’ve downloaded.

Unfortunately, Apple for whatever reason, has decided that the Date Added field should not be user-modifiable. You can’t change it yourself, either manually or via AppleScript. And honestly, I’m tempted to think of that behavior as a bug/product defect. In this digital age, where at some point each and every iTunes user *will* have to rebuild or replace their library after some sort of data catastrophe, it seems like an obvious feature to be able to reconstruct one’s musical history chronologically. Why should users have to settle for the post-reconstruction dates for albums they’ve actually owned for years?

Well, there’s a bit of a workaround, but it is a tedious one. So make sure you regularly backup your iTunes Library file so that you don’t have to do it all over again in the event of a hard drive crash. I use my .mac/Mobile Me account to upload my library file to my iDisk every night at midnight.

The secret is that iTunes relies on your computer’s system clock to assign the Date Added to songs in the library. So back-dating is as “simple” as changing your computer’s clock, dragging your music files into iTunes, then resetting the clock to the current time.

If you have hundreds of albums to do this with, the procedure can get quickly tiresome. Unfortunately, there is no way to automate it. Plus, if you are trying to fix songs that are already in your library, you have to remove them, change the system date, then re-add them. In those cases, make sure you note the play counts and star ratings, because you’ll have to re-enter those manually. Like I said, tedious.

But all that work is worth it when, in the span of five seconds, you conjure up a Smart Playlist called Best Music from High School:

That is truly awesome.

If you are using Mac OS X 10.5 (Leopard) and you use iCal alarms, be sure to disable them in Preferences before setting your clock back. I found this out the hard way when I was suddenly flooded by couple hundred notifications for events that had already passed. It seems that iCal travels back in time with you, then when you return to the present, it feels the need to update you on all the stuff you missed. 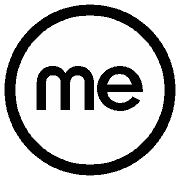 So Webomatica tagged me and I guess I’m now “it” for the five things chain blog that’s been making the rounds. The idea is for a blogger to post five items of potentially new information about themselves. I guess it’s to help readers gain more insight into the writer. So, I’m game.

I back-date my songs in iTunes’ Date Added field. If I’m encoding a CD I originally got as a birthday present in 1994, I set my Mac’s date to my birthday 1994 when importing it into my library. This is an awesome technique for creating Smart Playlists based on the various eras of my life. So if I want to relive my college days, I just have to set the playlist criteria to Date Added is between May 1997 and August 2000. It’s pretty rad.

Of the 4 members of my nuclear family growing up, only my mom was born in the United States, yet we are all American citizens by birth. In fact, it’s about time to renew my passport.

One of my grandmothers however, is a citizen of France.

I graduated from an International Baccalaureate high school, ninth in my class, and finished college in 3 years, with high honors. I’ve been wasting potential every day since.

I’m currently sporting a shaved head and a kick-ass 10-week-old beard, real son-of-the-south style. But in high school, I had long thick hair. I was notorious on campus for it. Friends would joke that it was home to wild, scalp-dwelling beasts and that it had its own gravity well.

Near the end of chemistry class one day, I got into a “Fro Contest” with a friend. We both whipped out our combs and started to fling our coiffures up and around.

Since my hair was longer, gravity kept pulling it down. He won on height; I won on volume.

We all know the Six Degrees game, where you count how many people it takes to connect one person to another. The philosophy holds that every person in the world is separated at most by relationships to six other persons.

One thing that’s never been clear to me though, is how one counts the first connection. My inclination is that if you have a direct relationship with someone, then your degree of separation is “zero.” Thus, that person’s relationships with other people are the ones that are separated. Using this formula, your degrees of separating are equal to the number of people between yourself and someone else.

However, others might consider your relationship with yourself as “zero” and that the first connection is the one that’s separated from you. In that scenario, your direct relationships are the first degree of separation.

I like my idea, because it brings people closer together. It also sounds more impressive if are you’re able to connect yourself to notable people, which brings me to my fifth and final…

Five Things You Didn’t Know About Me: Number Five

There you have it, my “five things.” Part of the game is that I’m now supposed to tag five other people to now complete this same task. Well, I don’t normally pass on chain letter, but this one is kinda fun. I don’t know five other bloggers though, so I’ll be limited to my co-resident, themodernista.

Anatomy of a Gutless Wonder was one of the last songs released by Velocity Girl before the group’s break up in late 1996. It’s only available as the b-side to the 7" single Nothing from the group’s final album gilded stars and zealous hearts. I picked it up (along with the Your Smiling Face single) directly from subpop.com in my early college days (summer of ’97), when I was flush with dispensable cash. Surprisingly, a quick visit to the site reveals that the record is still available.

Despite owning a turntable and several LPs, I’ve never really been set up for vinyl–not quite portable enough. Thus, the song made its way from vinyl to cassette (and later mp3) in short order and in the 9 years since, it’s never been out of favor. I’d love to be able to make a fresh rip, but my equipment is scattered across three states. It is a crisp, dreamy gem of a ballad featuring haunting melodies and Sarah Shannon’s sweet sweet vocals.

It is among my favorite tracks in the band’s catalog and, if this is indicative of the direction Velocity Girl were moving, it disappoints me further that the group broke up because the results surely would have been fantastic.

For the latter part of high school, Velocity Girl was easily my favorite band. I was introduced to them back in the good ol’ days of late night MTV by either Alternative Nation or the venerable 120 minutes sometime in the spring of 1995. ¡Simpatico! must have been newly released because Sorry Again was the lead video on a night I happened to be watching in my darkened den.

I was quickly hooked, by both the song’s jangly pop flavors and, every 90s indie boy’s crush, chanteuse Sarah Shannon, making a mental note that night to remember to further investigate the band. Then, just as quickly as I was hooked, mister follow-through here forgot all about the song, video and band.

And so my love affair would have ended there, had I not been drifting through Cordova Mall some three months later. Friends and I wandered into a now-defunct record chain and did the usual bin-sifting and note comparing, since we had varied tastes in music. Finding nothing of interest after about 20 minutes, we prepared to exit the store. 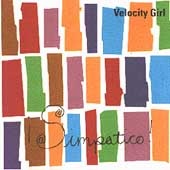 As we walked toward the front register, I noticed the colorful cover of the now playing disc. I dredged up the months-old memory of the video and began paying attention to the in-store music. I think the song that was playing was ‘labrador’ and in an instant I made the second-rashest record purchase of my life.

And it was all downhill from there. I absolutely fell in love with the record and the band, going so far as to join an email list dedicated to them, which is a really uncommon thing from me to do, and set out to acquire their previous releases. For christmas of ’95 in Pittsburgh I received Copacetic as a gift and the next day found the Sorry Again single at a local record store, something that would never happen in my hometown. The b-side to that, Marzipan remains one of my favorite songs of all time.

I kept up with the band via a small network of fan sites, including the Cyberpad (archive.org version), which stayed up, nearly unchanged for 8 and a half years after the band’s demise. So devoted I was, that I also engaged in a little bootleg tape trading of some live shows, some of my first instances of doing so

In January of ’96, I even exchanged a couple emails with Jim Spellman, Vgirl’s drummer, imploring the group to play a show in Pensacola, to which he humorously replied:

We played in florida for the first time last year and really liked it. I am afraid we had a bad prejudice against Fl before that trip. We thought it was going to
be rednecks and death metal but the showa were great. A very pleasant
surprise. W e will definitly be back. You can check our web site in
march when our new album comes ou for specific dates. [sic]

Alas, it was not to be. The Gilded Stars Tour came nowhere near Florida and the group disbanded shortly thereafter.

Even though the group parted company those many years ago, their music lives on. And as long as I have it, I will keep listening.